“… A heartless road is a wrong road.” 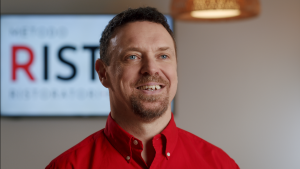 He started working in the restaurant business very young, when he was still a physics student at the University of Bologna. In almost 25 years of activity he has created and managed numerous activities in the field of catering, he has opened and managed several places in Bologna, he has created brands, organized events and launched projects combining catering, culture and entertainment. His most recent project is called Il Gessetto. (www.gessetto.com)

Over the years, Gaetano has combined his passion for the world of catering with that for training. He holds a three-year master’s degree in Neuro Linguistic Programming at the Italian Institute of PNL  and for over 10 years he has held training courses for the Emilia-Romagna region and for private entities on issues related to Food and Communication.

I started in 1998 with the opening of the (now) historic Osteria il Marsalino (in via Marsala in Bologna) where in about 12 years he managed to create an unusual place, which is still synonymous with aggregation and sociability today. The diversity of the “Marsalino” idea became tangible when a large number of artists began to be our regular guests, from Afterhours to Massimo Volume, from Samuele Bersani to Cesare Cremonini (at the time of Luna Pop), from Natalino Balasso to Ficarra and Picone and many others known and less known. It was precisely the world of cabaret that chose Marsalino as its habitat and although the space did not lend itself to cabaret performances at all, our determination was the setting for what became, later, the longest cabaret show in Bologna: the review “The Thursdays of Marsalino”.

In 2005, continuing to manage the Osteria Marsalino, I decided to better explore the world of entertainment and opening a new company, aimed at organizing private and public events, creating the brand: “AGENZIA TRACCIA – segui l’idea” With the new operational structure I began to obtain various collaborations with public bodies and private companies, for the realization of cultural or corporate events. During the 9 years of activity I have managed to carry out numerous activities for events that are different from each other both in terms of type and content, such as the ZeligLab in Bologna, a television laboratory managed and presented by me for 8 years, La 1000 Miglia in the city stage in Ferrara, Unitalsi for children in Piazza del Popolo in Rome with the Sonics air show, Il Festival Internazionale di Buskers in the city of Pescara, The international short film festival: Festival des Tres Courts at the Cineteca di Bologna.
These were just some of the fundamental experiences for my professional growth, which allowed me to acquire knowledge in the field of entertainment and organization as well as offering me the priceless opportunity to meet many people of human and artistic value!

If you are curious you can see the videos of these and other initiatives on mine channel YOUTUBE. (LINK)

I soon realized that something was missing in my training as an entrepreneur and so in 2009 I started a training course that changed my approach to business, but above all the vision of my life. I started the training school in NLP (Neuro Linguistic Programming) at the Italian Institute of NLP founded and directed by Gianni Fortunato, one of the founding fathers of the discipline. The thing that immediately caught my attention (and my heart) was the fact of being able to see in the field that Gianni Fortunato’s method was centered on personal evolution and not on mere dialectical priming techniques aimed at the sale or manipulation of opinion. So I became very passionate and the path deeply involved me until 2012 when I completed the studies of the Master levels. In the same year, in complete autonomy, I began to create a new training course that contained all the knowledge acquired in the field of catering, organization and obviously in NLP. Thus was born in 2010, my first training course entitled “il servizio al tavolo, come non lo avete mai pensato” which was effectively used for the training of small and medium-sized companies up to the public courses created by AGSG on behalf of the Region. Emilia Romagna and the bilateral body Eburt as well as by various private training companies.

In 2011 (after the sale of the Marsalino tavern) the dream of combining the new knowledge of NLP with the restaurant and entertainmen business took shape with the creation of the new brand “GESSETTO- find your spirit” and the opening of the first point sale in via Oberdan in Bologna: the GESSETTO Wine Bar.

In 2015, having tested the effectiveness of the “chalk” method, I decided to continue by creating a second more specific store on catering. And so in March of the same year the Gessetto Ristorante in Piazza San Martino (www.gessetto.com).

The “Metodo Gessetto” it had been really effective, but I felt it wasn’t complete yet. The meeting with a team of professionals from different fields (catering, communication, business organization, human resources and work psychology) asked me to share my experience and merge it with theirs in order to create a new training method in the Food sector. After 5 years of tests and modifications, the work was very satisfactory: the results expressed in the management of the Gessetto Restaurant had been very convincing. Thus it was that the Gessetto Method was transformed into Metodo Ristoo – Ristoratori felici.